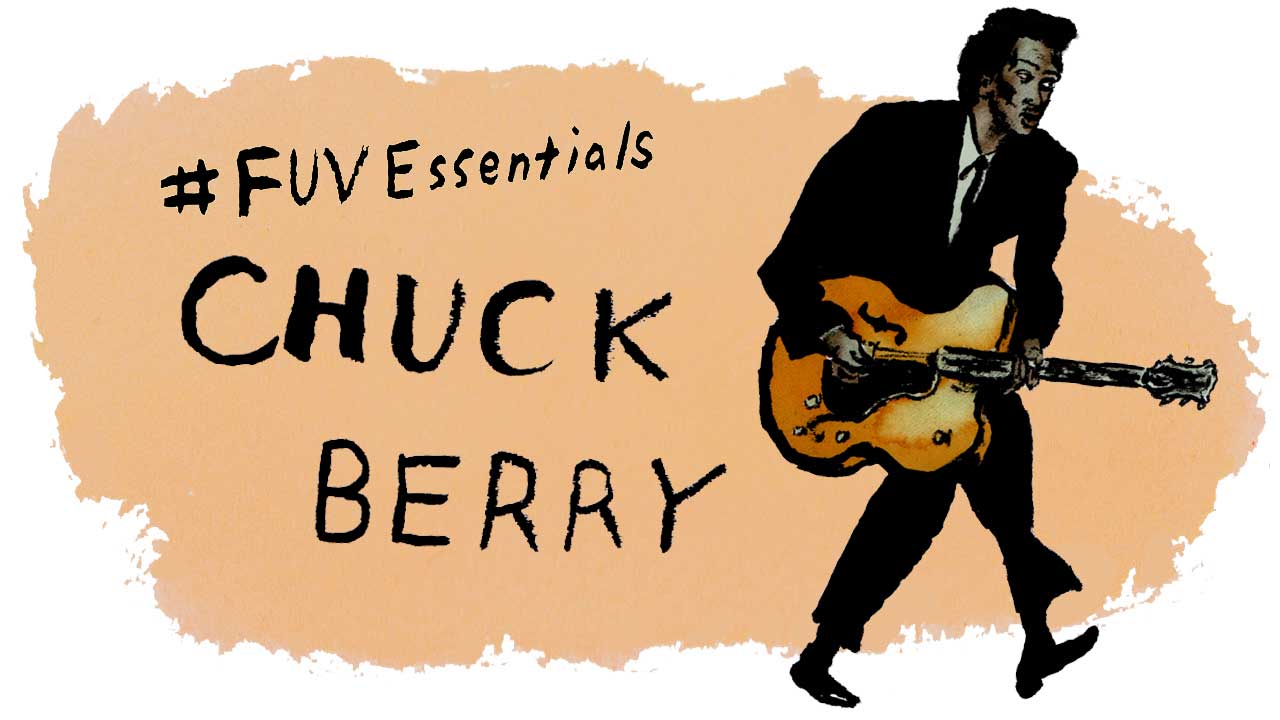 “If you tried to give rock and roll another name, you might call it Chuck Berry.” John Lennon read those words from a cue card on “The Mike Douglas Show” in 1972 when he introduced his idol. But his ad-lib of “right” immediately after really put it across. Chuck Berry was the inspiration of the inspirations—the (largely English) heroes of the first “classic rock” generation. They were all Chuck’s children: the Rolling Stones, The Animals, The Kinks, and then later, The Grateful Dead, Electric Light Orchestra, even pop stars like Linda Ronstadt, all put Berrys in the bank.

The reinvention of Berry’s rock and roll music was arguably more impactful than the original songs. But those songs, and the artist who dreamed them up, were pieced together from another erstwhile bag of musical tricks. He was born in the very musical town of St Louis, Missouri in 1926; a son of the Swing Era, and schooled on both the big band pop dance records of his own youth and the so-called “race records” of early R&B, jump, blues and seminal rock and roll. The Big Berry Bang was stirring all of those influences into something not only new, but personal.

His re-casting of Texas Swing maven Bob Wills’ “Ida Red” as his own “Maybelline” in 1955 got the ball rolling. Berry was a storyteller; the songs always had his point of view. His personal inspiration, Louis Jordan, was a similar tale-spinning artist, but Berry’s innovation was to skew the little pop parables to the common experience of young people in a burgeoning middle class world. This was his market. Up in the morning and out to school, driving around in an automobile —the rhythm of those words and the mid-century setting of the experiences depicted was at the base of the Berry pot. What bubbled up and drew audiences in was the sweet aroma of the seasoning: the clever wordplay and droll inflection of his singing, the tinkle of Johnnie Johnson’s piano, and the stab of Berry’s stock guitar riffs.

He had an avuncular tone and he seemed to be on your side; he was one of the “cool teachers.” There was an equal measure of folk wisdom, worldly wisdom, and wise-guy wisdom: authority without authoritarianism. The songs were a manual for teenagers on life, love, music, and navigating the newness of the adult world. Irony reigned supreme, there were frequent twist endings to his little morality tales.

Despite the repetition and recycling of his few musical tricks, Berry’s songs trained you to expect the unexpected, no matter how familiar the package. The poetry of Chuck Berry is in the turn-of-phrase: Johnny played that guitar like a ringing bell (“Johnny B. Goode”) or little Marie welled up those “hurry home drops” that trickled down her cheek (“Memphis Tennessee”). Rock and roll was the shot of rhythm and blues that killed the rollin’ arthritis and the rockin’ pneumonia, so you could wiggle like a glow-worm and dance like a spinning top (“Roll Over Beethoven”).

Common words, combined in the most imaginative and unexpected way, like advertising slogans that sold a better way of life through music and socially-normalized misbehavior, were the gunpowder of Berry’s subversion. Channeled through the strong and unyielding structure of that backbeat and those riffs, American youth were armed and ready for action. This simple and limitlessly variable formula was stretched out over songs that often rewrote each other; sequels that continued even to 2017’s posthumous Chuck, the new album that reworks a couple of classics as “Lady B. Goode” and “Jamaica Moon.”

Berry’s prerogative has always been theft, even from himself. His enduring legacy is that everyone stole from him in turn. The issue of appropriation is moot; it’s the quality and originality of the theft that counts. All who took from Berry followed his example of building something better. The enduring charm of the man is that he did it with a wink and singularity that literally changed the world — and it’s why Chuck Berry is an FUV Essentials artist.