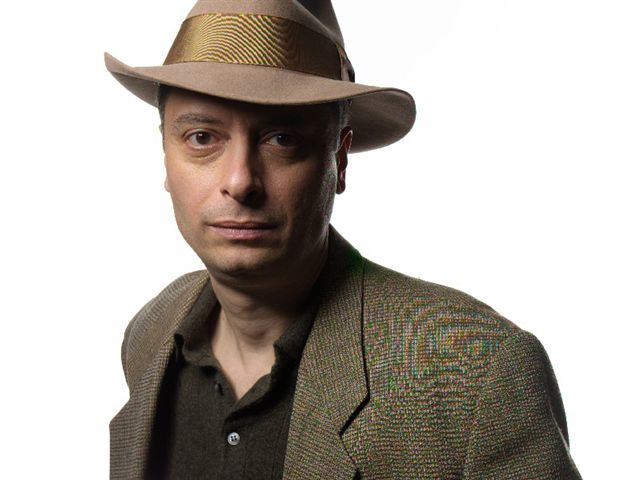 Paul Cavalconte has been broadcasting on local New York City radio stations for the past 30 years – he started young, WFUV, and moved on to legendary stations like WLIR, WNEW, WNCN, Q104.3, CD101.9, and the late WRXP, where he developed his signature show, The Vinyl Experience, which expanded in 2015 to a 24/7 iHeartRadio station.

90.7 WFUV welcomed Paul back to the fold in 2013, and in May of 2015, he succeeded the long-running Vin Scela’s Idiot’s Delight with an original free-form show in that vacated Saturday evening time-slot: Cavalcade.  In August of 2017, Cavalcade expanded to 3 hours and moved to it’s new home, Sundays 8-11PM

iHeartRadio keeps The Vinyl Experience 24/7 Station cooking on the app and the web, and in 2016, Vinyl Jazz was created–both drawing exclusively from Paul’s personal LP collection and Hi-Fi-dubbed files, and curated commentary.  The Vinyl Experience Radio Show still gets a one-hour weekly spin on Gary Null’s Progressive Radio Network (prn.fm, Fridays at 5) and on Canada’s Radio That Doesn’t Suck.com (rtds,ca, Sundays at 9 and 3 round the clock.)

Beyond the New York local airwaves,  Paul has hosted Sirius/XM Satellite Radio channels like Classic Rewind, Disorder, Planet Jazz and Folktown in the ’00s, and could be heard on the jazz and classical formats of SW Networks, and the WDRE Modern Rock Network in the ’90s.

Naturally, Paul accumulated a massive collection of LPs and 45s along the way, and is an avid Hi-Fi  enthusiast, happily sharing home space with fancy vintage turntables, tube amplifiers, and speakers.