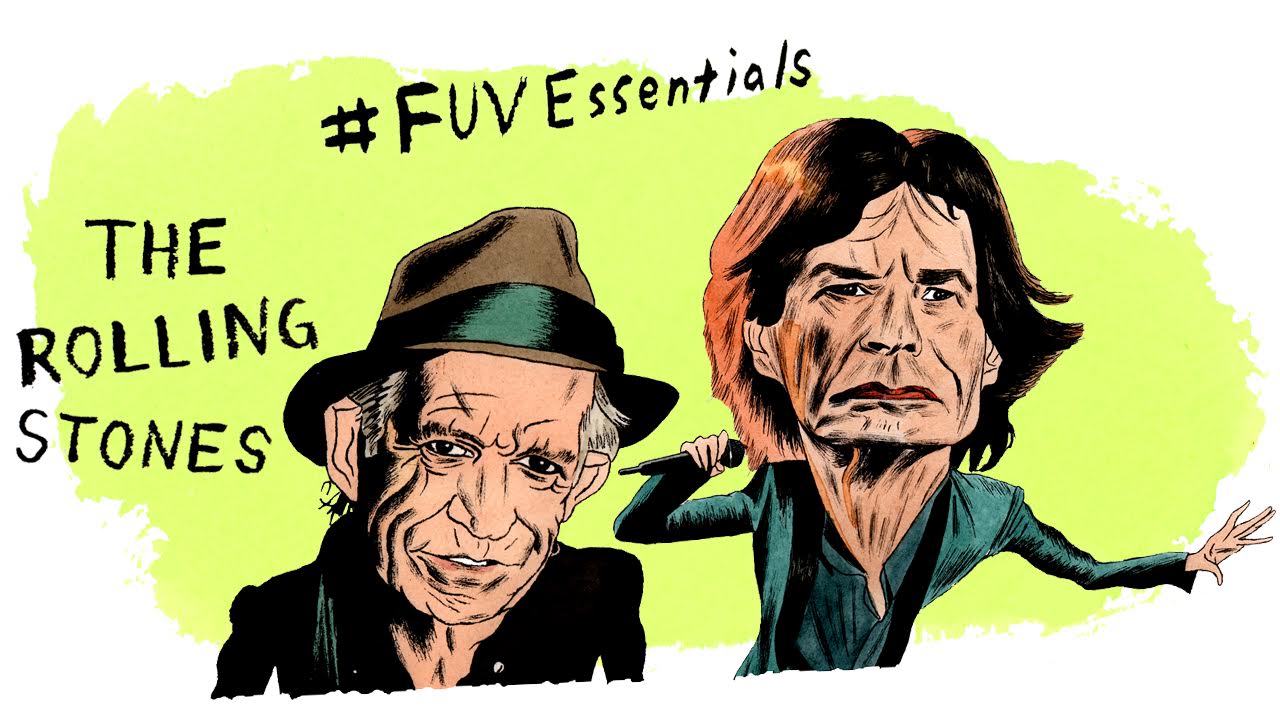 The deep impression made on me as a youngster growing up with the Rolling Stones was in a trance of solitary, intimate listening to the LP records. This was alone, night, headphone listening, and not as casual background music. Today, as a radio host, that power is real and present every time I choose a Rolling Stones record to play. Their songs always stand apart, and they open an invisible door that invites a sensitive listener in. But you have to be a deep listener, a solitary occupant of a conceptual stadium where the World’s Greatest Rock And Roll Band is in command performance, just for you.

In America, Rolling Stones records first arrived on the same London labels that brought classical repertoire across the ocean. The dignity of that distinctive red or blue (mono/stereo) label and logo were in a deliciously ironic contrast to the music in the grooves of a Stones disc. Drop the needle on one London record and Brahms comes out. Needle drop another identical one and it’s “She Said Yeah.”

My first Stones 45 was “19th Nervous Breakdown.” The hexagonal Through The Past Darkly collection was my first long player. They took me into a world of frock coats, recorders and harpsichords — just like the London classical cousins — but were charged with electricity. The words were the musings of introversion: “Dandelions will make you wise;” “She comes in colors everywhere;” and “Yesterday don’t matter if it’s gone.”

Then, Rolling Stones Records, Andy Warhol’s lapping tongue, sequins and a sinister stance heralded the 1970s. Exile On Main Street’s grotesque carnival film strips adorned the record sleeve that housed one man who “walks the hillside in the sweet summer sun;” another who claimed, “The sunshine bores the daylights out of me,” and a third evangelical fellow proclaiming, “May the good lord shine a light on you, make every song you sing your favorite tune.” There’s a bit of me in each.  We all became the closest of friends.

For me, the Rolling Stones’ style, attitude, sexuality, hedonism, and carelessness were all ancillary to the core reality of the music. The sonic space of each Rolling Stones song is a universe to explore. It is dark and rich, sad and real, fanciful and farcical, and always awash in a shimmer of extravagant sound. The greatest surprises come when the lyrics crack the facade and allow intimacy and vulnerability through: “No Expectations,” “Moonlight Mile,” “Torn And Frayed,” “Memory Motel,”“Sitting On A Fence,” “I Am Waiting,” “Play With Fire,” “Loving Cup,” and “Slipping Away.” These are the Rolling Stones’ art songs.

There are a good two dozen hit songs that have been on the stadium set-list (and commercial radio playlist) forever, while an alternate reality takes shelter within the Stones’ venerable album catalog. There are spiral black bands that host lyrical and musical poetry to place the Jagger/Richards songwriting juggernaut in full peer stance with Lennon/McCartney and Robert Zimmerman.

These are the songs for your downtime, not for shouting at lung capacity with thousands of other revelers in an arena show. They’re for long drives, winter nights, beach afternoons. They’re for gains, losses, changes, milestones. They’re what co-author Keith Richards calls, simply, “life.” They make it good to be alone.